Hey! Welcome to 52 weeks until I’m 50 years old! Actually it’s now 43 weeks until I’m 50! If you are new to my blog, to the right are other subjects I’ve written. Some may resonate with you or at least give you a chuckle. If you are counting down with me,so glad you are still with me! 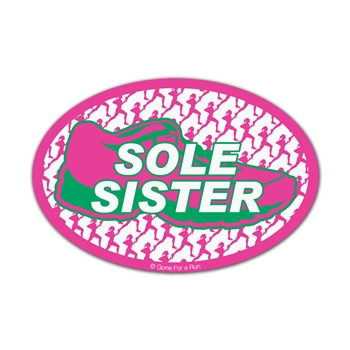 The opening bars to Born to Run fill my ears loudly often when I start  my runs. Breathe “Tin Girl” …breathe. Inhale three counts, strike, exhale two. And the common chant in my head… Don’t let yourself out of the gate too quickly Randi. Pace yourself. Inhale three, strike, exhale two. Rhythmic. I’m striving for that pattern. If you run, jog or race walk, you dig what I’m saying here. If you don’t, totally OK. Running and racing is a sport that most people think is crazy. The physicality of my sport is brutal at times. “Pre,” better known as Steve Prefontaine, is a hero to so many in the sport of running. He’s been gone 38 years now but still remains in the minds of so many of us. I read a recent story about him in April’s Runner’s World and cried as Michael Heald, the writer of That Pre Thing, shared his recount of Pre and his connection to running. I’ve cried at the end of every race I’ve done. Can’t help myself. It’s an emotional thing… this running with thousands of others.

Running quotes also give me tons to laugh about. Barry Magee said, “Anyone can run 20 miles. It’s the next six that count.” Love that! And, “It’s not 26.2 miles…it’s 10 water stops.” Fred Lebow’s, “Few things in life match the thrill of a marathon.” And, “Anyone can run a hundred meters, it’s the next forty-two thousand and two hundred that count.” And a silly favorite, “At mile 20, I thought I was dead. At mile 22, I wished I was dead. At mile 24, I knew I was dead. At mile 26.2, I realized I had become too tough to kill!” But the one that has always lingered with me is John Hanc’s quote, “I’ve learned that finishing a marathon isn’t just an athletic achievement. It’s a state of mind; a state of mind that says anything is possible.”

I decided to run my first marathon at Disney when I was 38. 26.2 grueling miles around and through all that “magic” was a memory I will always cherish. It defined my “willingness” to push beyond anything I thought possible. Mind and body. Since then, I’ve done other half and full marathons. Marine Corps in Washington, DC was my favorite. I ran up the hill to the finish at the Iwo Jima Memorial and two marines placed the finisher medal over my head. I sobbed. Found my biggest fan, my Mother, who cheers me on at every mile and should receive a medal herself for the ridiculous schedule she keeps on those days. Cool down and realized I’m hooked again. Fly home, sign up for another. And there I was, clicking the button for The Disney Princess Half Marathon. It’s addictive this running thing.

I’m always looking for that next race. Alone, or with others. I run because I can. I remember writing that to folks as I was fundraising with the Team in Training program for Leukemia & Lymphoma that hooked me into becoming a marathoner. I run for the glorious feeling of being in the sunshine. I run to visit with the flowers, swamps, vultures, snakes, frogs, gators, horses, armadillo, ducks, birds and whatever else crosses my path. Inhale three, strike, exhale two. Running makes me take deep breaths. Deep breaths help me see what’s real everyday in the world. My world. And with 43 weeks left until 50, I’m incredibly grateful for what I’ve seen through these eyes running all over the world.  Here I am again. Click. Register again.Tower of Terror 10 miler. Up early to beat the heat, lacing up my shoes ready to inhale three, strike, exhale two.

I recently read a runner’s blog of a man in England. He captured so much of what I believe as well. “Racing along out on the trails, splashing through puddles, letting the rain drench us, the wind ruffle us, we begin to sense a faint recollection of that childish joy. Somewhere a primal essence stirs deep within us; this being born not to sit at a desk or read newspapers and drink coffee, but to live a wilder existence. As we run, the layers of responsibility and identity we have gathered in our lives, the father, mother, lawyer, teacher, labels all fall away, leaving us with the raw human being underneath. It’s a rare thing, and it can be confronting. Some of us will stop, almost shocked by ourselves, by how our heart is pumping, by how our mind is racing, struggling with our attempts to leave it behind. But if we push on, running harder, deeper into the loneliness, further away from the world and the structure of our lives, we begin to feel strangely elated, detached yet at the same time connected, connected to ourselves. With nothing but our own two legs moving us, we begin to get a vague, tingling sense of who, or what, we really are.” I love that.

I find the “real me” every time I hit the path around the swamp and park I hold dear. I’m Running Down A Dream every time I lace up my shoes. I am grateful to Petty who plays that song in my ear and paces me to inhale three, strike, exhale two.