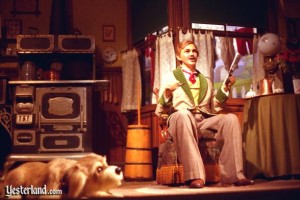 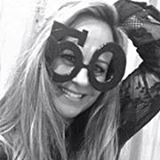 Hey! Welcome to 52 weeks until I’m 50 years old! Actually it’s now 4 weeks until I’m 50! If you are new to my blog, to the right are other subjects I’ve written about. Some may resonate with you or at least give you a chuckle. If you are counting down with me…I started last January 2013 and have counted down 48 weeks!!! I can’t believe it’s almost here! Crazy!!!

“NOW IS THE TIME”

A favorite designer of mine, Prada says…”Women always try to tame themselves as they get older… But the ones that look best are often a bit wilder.” Lets face it…Aging ain’t for sissies…And I want to follow Prada’s advice with 4 weeks left of being 49! I keep thinking…”Dear God Randi, don’t take yourself too seriously! Forget what “they” say about wanting to go back to the teenage years. No way! There’s something about maturity that allows one freedom to grow without fear of reprisal or criticism. Well…not saying I’m mature nor do I want to grow up but I like the idea of the freedom part. If you know me at all, you are aware that I still act like a weirdo most days. I dance in the line at Publix. I wear a baseball hat with my hair braided when I don’t have to dress up and I still pretend I’m Pat Benatar in concert when I’m belting out my anthem “Invincible.” Sometimes I even pretend I am a southern chick and speak with an accent to strangers.Yup. I’m eccentric. But, for me, normal is totally over-rated and turning 50 doesn’t make me want to act any different.

Do you ever have a ridiculous song stuck in your head? This week I remembered something from when I was a kid sitting on a boring ride at Disney. But, as boring as it was, it must have made an impression because this song kept popping in my head. Do…do…do…

Now is the time…Remember that ditty from the “Carousel of Progress: The Best Time of Your Life?” You moved around the GE carousel at Disney World. They created the carousel to encourage people to buy appliances “now” instead of waiting for tomorrow. The concept has value. Google the Carousel and you’ll hear the song! LOL! Then you’ll also have it stuck in your head like me!

Thinking this 50 thing is like the second half. Like a football game, the first half is complete and you are at halftime. The only thing is, who knows if there’s actually another full half to play? Maybe I only have the third quarter. So,if you know me…passive in the third quarter is not a play option. Hmmm. So, “Now is the time.” What do I mean by that?

Now is the time to show and tell the best of you if you haven’t put it out already. Don’t be scared to expose yourself. It’s liberating and you’re fantastic!

Now is the time to shed the armor you may have been carrying and be the real you…really, being you, the unique, original you is a beautiful thing.

And, now is the time to realize that some moments are still waiting to be experienced and to take them. Life and love isn’t passive. It’s an active experience…I remind myself of this daily. Give your love away to the people you want to have it.

And for me…with four weeks left of 49 and “almost 50,” “now is the time” for me to keep working the mantra I wrote for myself…”strive to be a better version of myself everyday.” Some days aren’t pretty but I’m workin it!